the heritage house and garden: นี่คือโพสต์ที่เกี่ยวข้องกับหัวข้อนี้

Acton was constructed in 1907-1908 as the residence of Henry White (1858-1926). White was a wealthy and well-connected farmer from Christchurch, whose father, William White, was a major entrepreneur and bridge builder. The residence was the centrepiece of an estate 160 ha (395 acres) in size, comprising 60 ha (150 acres) of flat land and the remainder in ‘easy hills’. The estate had been purchased by White in 1907, after the Liberal Government’s purchase of his extensive lands at Gisken, Little River near Christchurch under the Land for Settlements Consolidation Act, which sought to break the power of large landowners. The Acton estate had previously formed part of the Whataupoko Block which, first leased in 1864, was one of the largest of the early sheep stations in Poverty Bay. Acton was surrounded by an established landscape that had previously been used for farming and related social activities such as organised hunts. The house is believed to have been constructed on the site of the Whataupoko stockyards.

Acton is believed to have been constructed by the England Brothers, who erected a very similar residence ‘Fitzroy’ for a wealthy biscuit manufacturer, Robert McDougall, in Christchurch. A tender notice that appeared in the Christchurch Press for the construction of a residence in Gisborne in December 1906 is considered to relate to the erection of Acton. The building’s design is based on an example in an American pattern book, published by George Barber in 1903. It is said to have been passed on from Southern California as the model for Fitzroy by the influential Christchurch-based architect, Samuel Hurst Seager. Henry White was a friend of McDougall’s and connected to Hurst Seager through marriage.

An extremely large dwelling containing 12 or 13 family rooms and several servants’ rooms, Acton was designed in a style variously described as Eclectic Edwardian, Arts and Crafts, and Colonial Renaissance. Several outbuildings were constructed, including a stables and a gardener’s cottage. Its grounds were landscaped, possibly by Alfred Buxton, an important late nineteenth- and early twentieth-century landscape gardener. A plan of the grounds, signed by Buxton, is said to have survived in the house until the 1950s or 1960s. Buxton was also the landscape architect for the grounds at Fitzroy.

White returned to Christchurch shortly before his death, and Acton was sold to Henry Barker in 1927. Barker’s father, Percival (1824-1902), had owned the Whataupoko Estate from the 1870s until 1902. Henry (Harry) Barker had served overseas in the First World War (1914-1918), and was a past president and later patron of the Gisborne A. & P. Association. Remaining unmarried, he started the Acton Stud of Hereford cattle in 1933. Changes to the house before and during his tenureship included the construction of an aviary with a verandah above after 1908, the conversion of maids’ rooms into en-suite facilities in circa 1927, and alterations to the kitchen in 1951. A store, dairy and coalrooms were converted into bunkrooms, a kitchen and laundry/bathroom at an unknown date.

Barker left Acton to his nephews and nieces in 1956, after which nephew Walter Barker moved in to the house. At this time, pumpkin, oats and mangolds were being grown on the flats while contour farming of pasture on the hills was being practised. The farm was subdivided in 1968, with Acton and 8.5 ha (21 acres) of land surrounding the house being sold to Evelyn Pauley, and later occupied by Pauley’s son, William.

In 1984, the residence and its underlying land was registered by the NZHPT and accorded a ‘C’ classification (becoming Category II after the introduction of a new Historic Places Act in 1993). The registration was reviewed in 1995, with the associated garden being subsequently included within the registration, and the site upgraded to a Category I historic place. This was passed by the NZHPT Board on 14 July 1995. Duplication of the registration occurred when a new Record Number (# 7235) was provided to the Category I registration while the initial 1984 entry remained on the Register. Evidence that the Category I registration was a review of the earlier registration rather than relating to a separate place is provided in Appendix 4. Evidence includes i) the use of the same name and street address (‘Acton’ and ‘Back Ormond Road’) for both registrations as passed by the NZHPT Board, ii) references to the same building as that registered in 1995 in the Buildings Classification minutes of 9-12 March 1984, iii) photographs of an identical place on the respective Building Record Forms for both registrations, and iv) references to a review being carried out in letters of November 1993 and June 1995.

In 1995, Acton was sold to Developments of Auckland, after which it was temporarily converted into a hotel. In 2002, the property was purchased by Juken Nissho Limited, now known as Juken New Zealand Limited, for use as a company retreat.

Explore our grounds and gardens to learn about the various plants that make Heritage Gardens so beautiful and special.

Check out these gardening tips from The Historic Ambassador House & Heritage Gardens Board of Directors.

The gardens are a blend of heritage, native and other plants, supplemented with colorful annuals planted each year.  From modern Knockout roses greeting you in the parking lot to heritage espaliered ‘Kieffer’ pear trees on the grounds, there is something to admire in three of the four seasons.

Approaching the gate from the parking lot, historic daffodils courtesy of the Indiana Daffodil Society will greet you in the spring amid the green leaves of boxwoods and the beautiful blooms of a chestnut tree.  A brick path will lead you to a pergola arbor of greenery, a popular site for outdoor weddings.   Beyond the arborvitae wall, ensconced among the very old trees is a shaded “Hosta Glade”, the progeny of Hoosier hybridizers and growers.

Continuing past the flowering hibiscus there is a hilly parterre, topped by two espaliered Kiefer Pears   A turn around reveals a large patio flanked by tiered walls of cobbled rock, planted with color most of the year.  Up the hillsides are masses of blackeyed susans, blue asters and hydrangeas, among many others.

Across the front of The Ambassador House there is a wide expansive lawn with perennials and annuals among the many boxwood plantings.  In fact, the gardens are a test site for boxwoods from Saunders Bros. Nursery of Virginia.    Directly in front of the house is a topiary created by world renowned topiary artist Pearl Fryer, who was a guest speaker in 2014.

All of the permanent plants are identified on this site.  There are benches provided on the outer perimeter flanking the showy hydrangeas.  Many thanks to Hamilton and Marion County Master Gardeners and other volunteers who maintain this garden along with assistance from the City of Fishers Parks Department and Department of Public Works.

Special thanks to Ron Williams for the video tutorials on mulching, planting, trimming and tool tips. 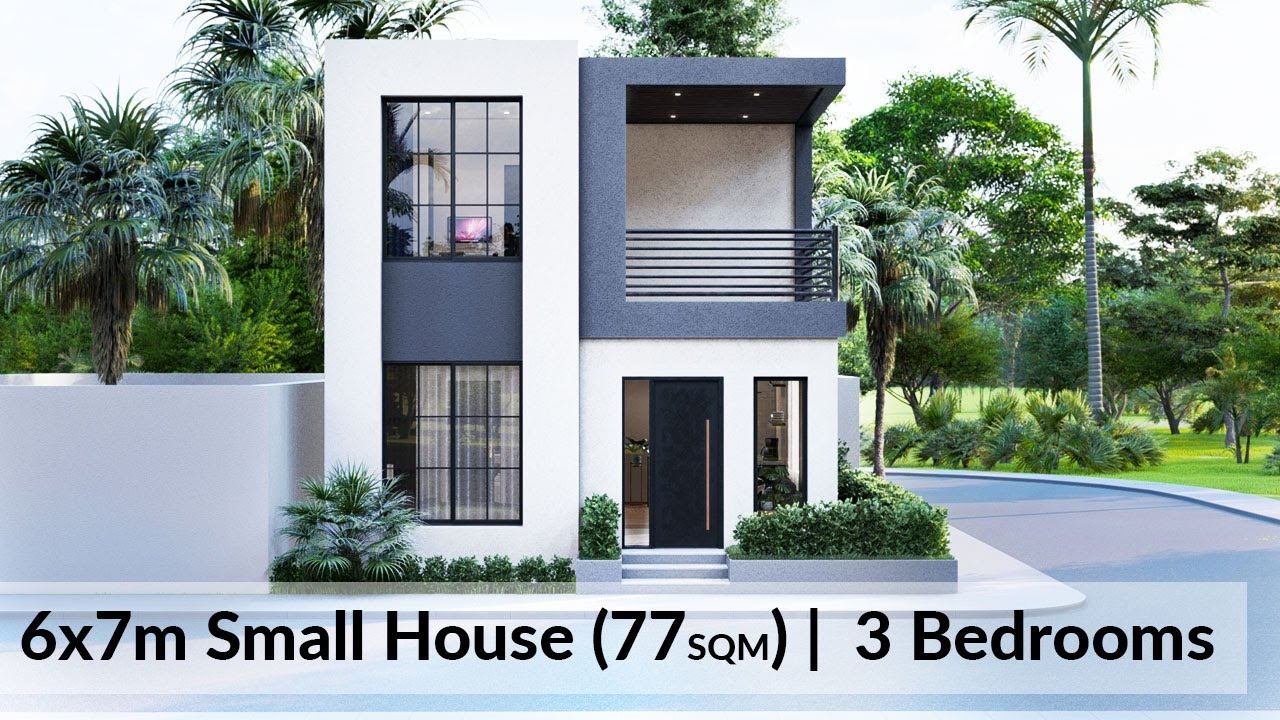 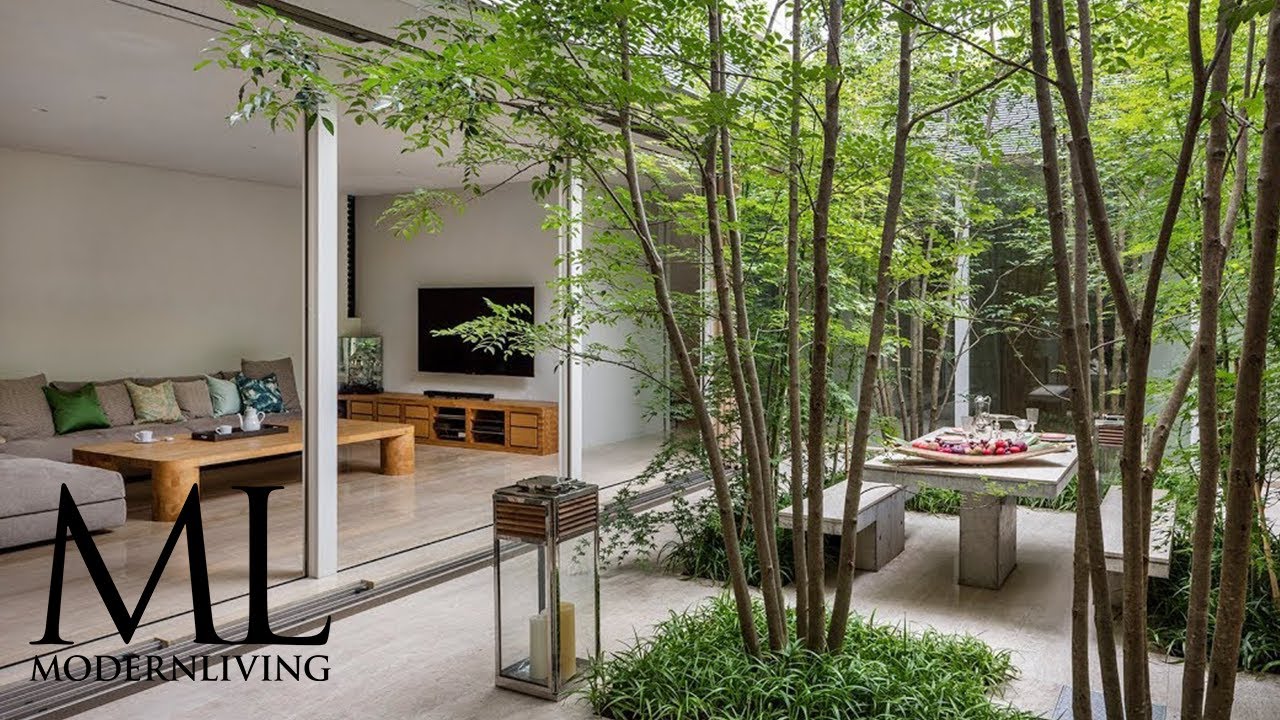 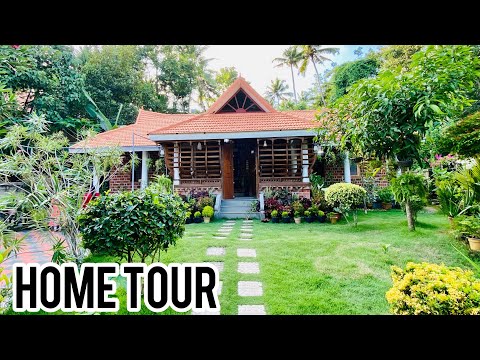 It was love at first sight when theatre producer Vanessa Ford Robbins and her partner Nik Huddy saw Longhurst Lodge, a Victorian gate lodge nestled on the boundaries of a country estate in Surrey. This unusual two up, two down has been derelict for nearly 50 years. Nik and Vanessa want to bring this fairy tale building back to life, but they desperately need more living space and face mounting planning issues over extending the Grade II listed building. The couple tackle the project with huge drive and determination, doing all the build work themselves, but living in a caravan on site during winter. George Clarke is on hand to help advise and support the couple and also discovers some of the estate’s bloody history.
Welcome to DIY Daily, the home of magnificent home restorations, garden transformations, interior design and top DIY tips for your home! 🌲🏡\r
\r
Here you will find full episodes of DIY and garden shows such as Restoration Home, Restoration Man and Build a New Life in the Country starring top presenters such as George Clarke and Caroline Quentin!🏚\r
\r
All content distributed via Endemol Shine Group \u0026 it’s affiliate production labels, Endemol Shine International \u0026 Sideways Films. Any enquiries please contact: digitalops@endemolshine.com 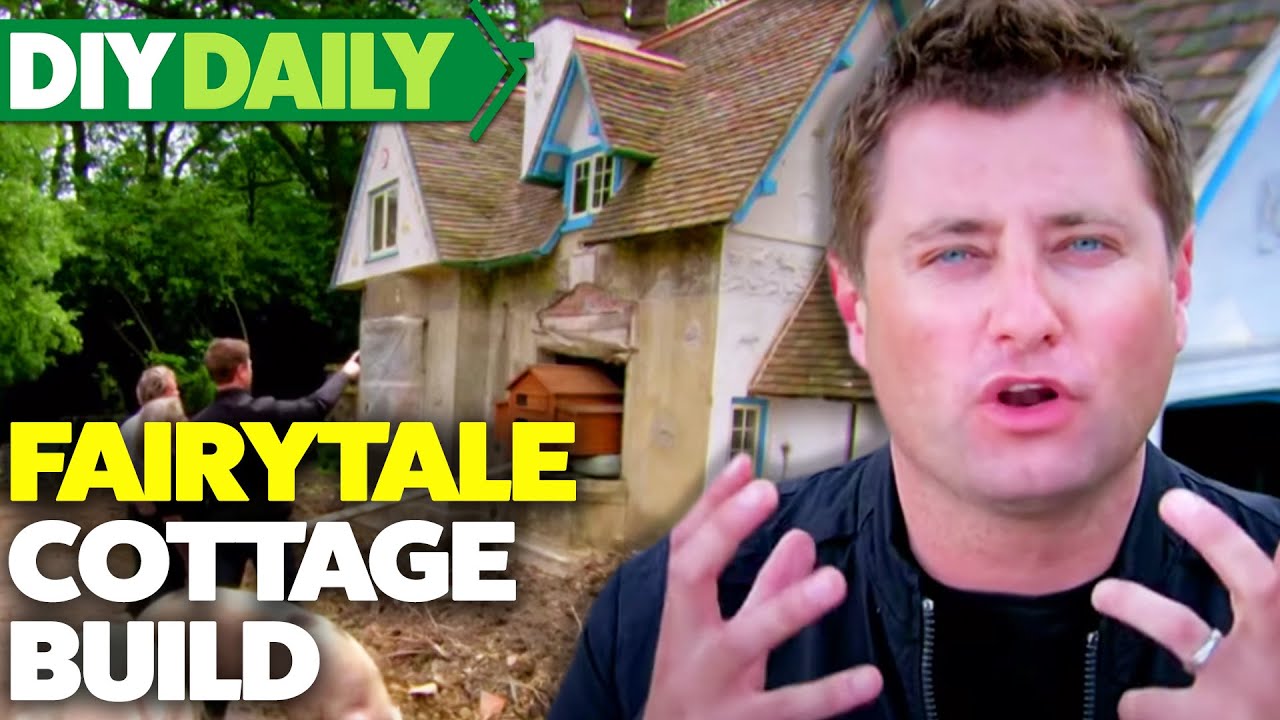 ขอบคุณมากสำหรับการดูหัวข้อโพสต์ the heritage house and garden